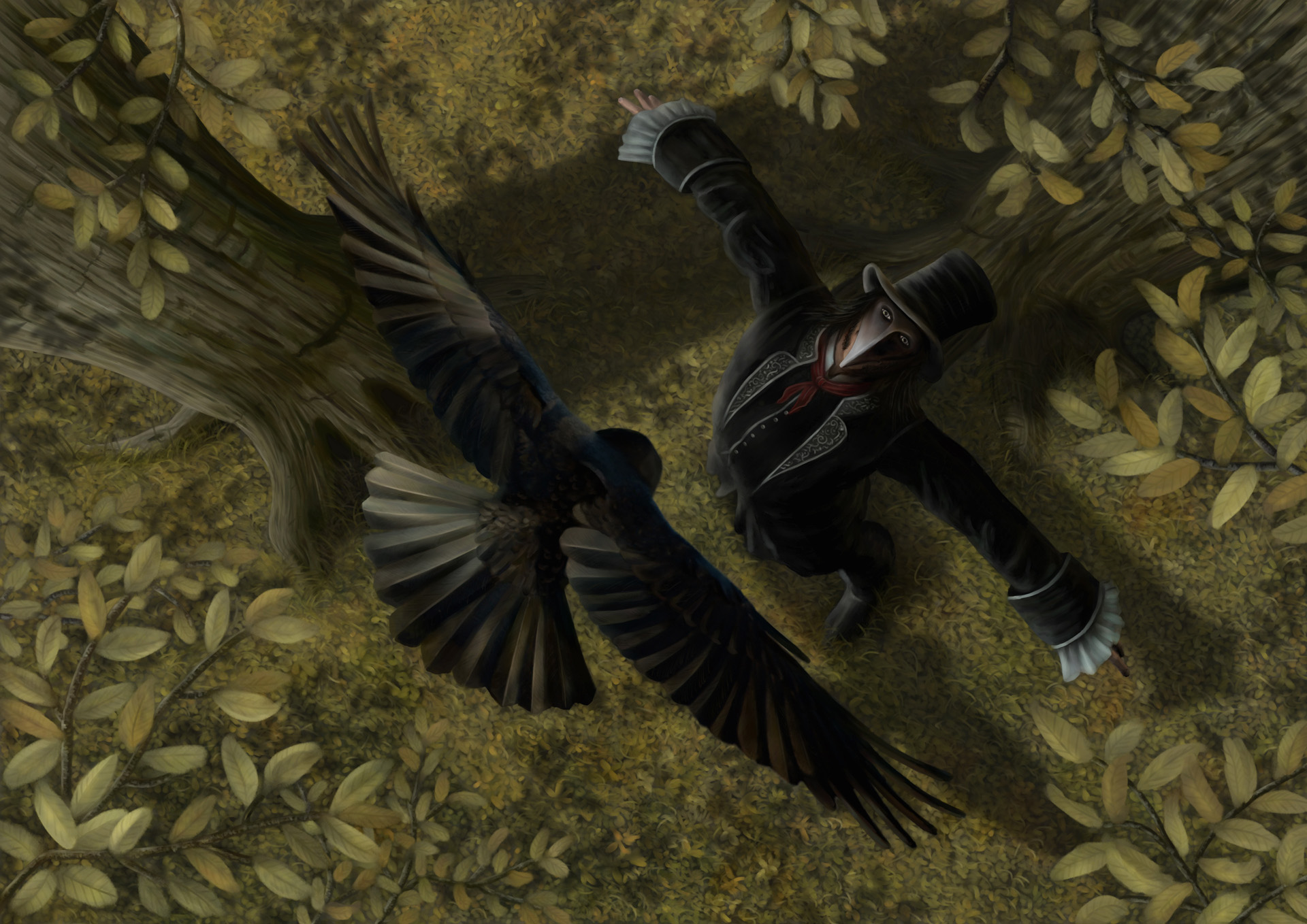 Inspired by the character John Uskglass, The Raven King, in Susanna Clarke's wonderful novel "Jonathan Strange & Mr Norrell". This is not an attempt to faithfully reproduce the character as described in the book, it's more of an interpretation of the mystery that surrounds the character.