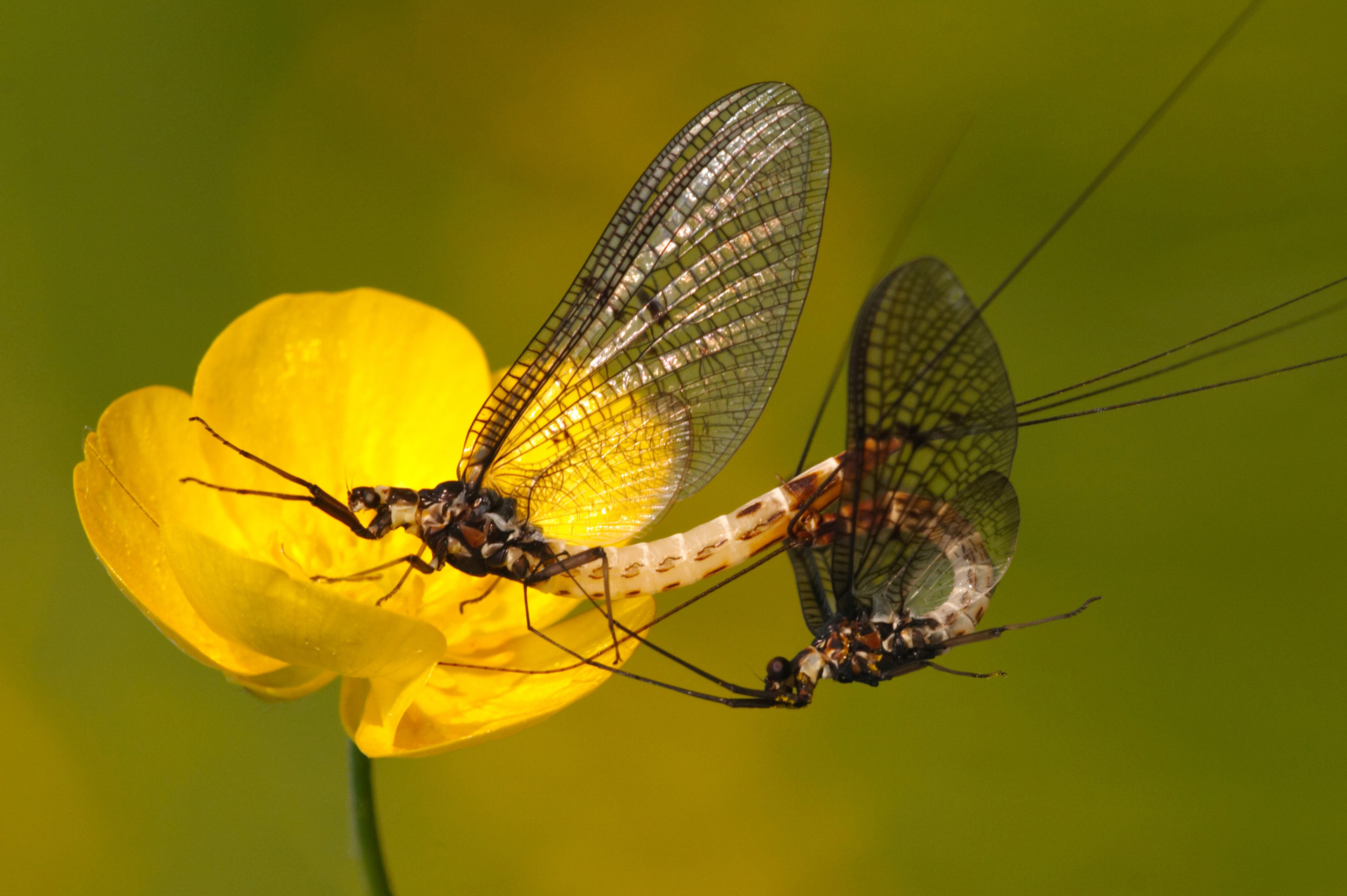 A female Mayfly clinging to a Buttercup while a males attempts to mate. Such is the ephemeral life cycle of the adult Maylfy (they live as little as a day in winged form) that the males usually die, spent, soon after mating and the females a little later after spawning. Taken along the River Thames in Oxfordshire. There was a big hatch on the Thames on this particular day and it was magical watching them all shimmering in the adjacent fields and even settling on me while I took photos.