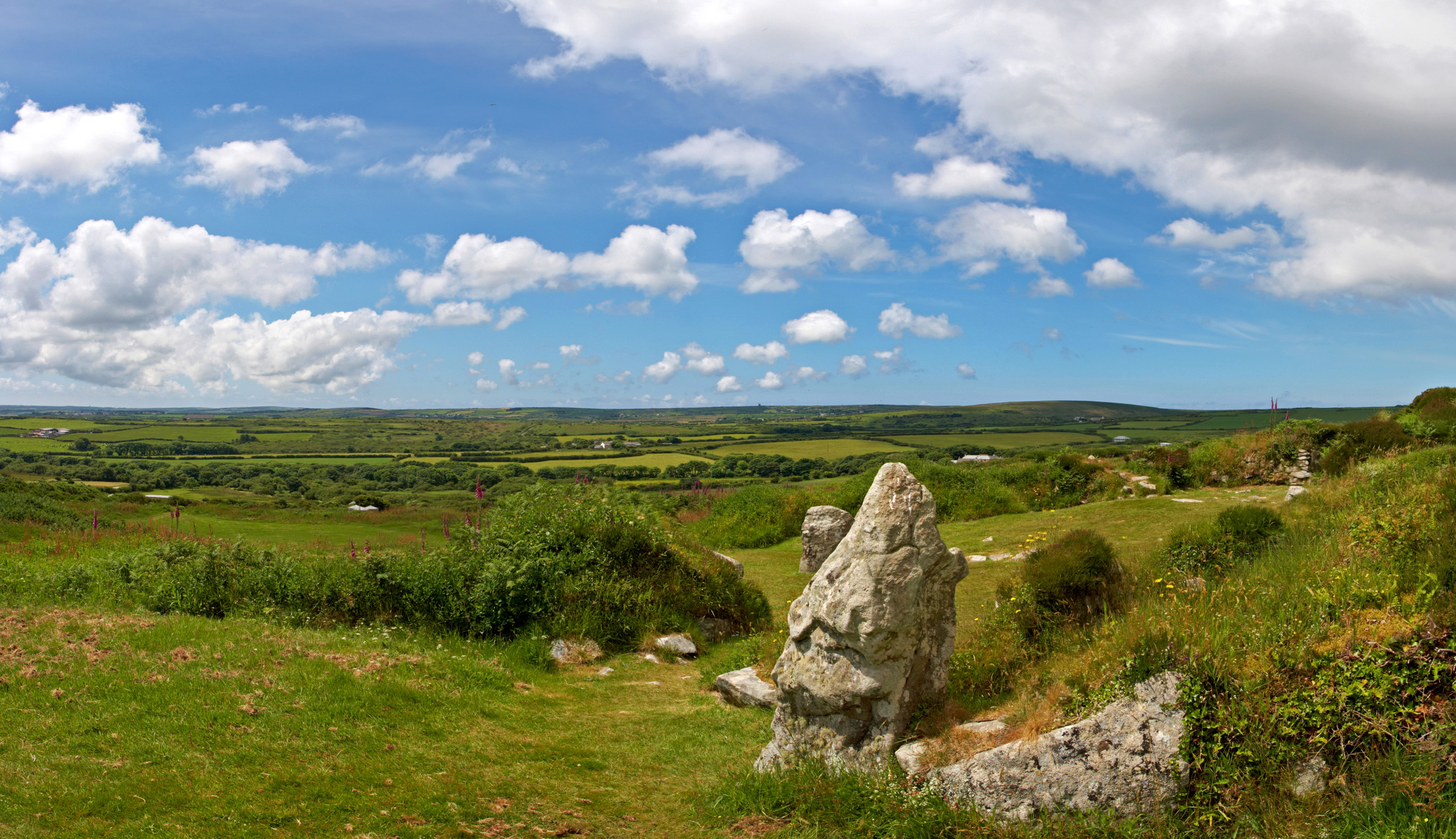 This sweeping panorama is of Chysauster Ancient Village, the remains of a Celtic village of courtyard houses, near to Penzance in Cornwall. The village was occupied by the Dumnonii tribe and believed to have been in use between 100 BC and 400 AD, during the Roman occupation of Britain. But there are no fortifications, the Romans left the Cornish mostly to themselves. It appears to have been an agricultural settlement, with arable farming and livestock. Evidence of field enclosures show where cattle were prevented from getting at the crops. The village has eight stone dwellings, arranged in pairs along a street. Small chambers lead off from the main courtyards of each house which served as working and living areas. You can see Penzance in the far distance to the left. The landscape hasn't changed much since the time when this village was occupied, this part of Cornwall still has Celtic field patterns and mixture of arable and pastoral farming. The site is now managed by English Heritage.