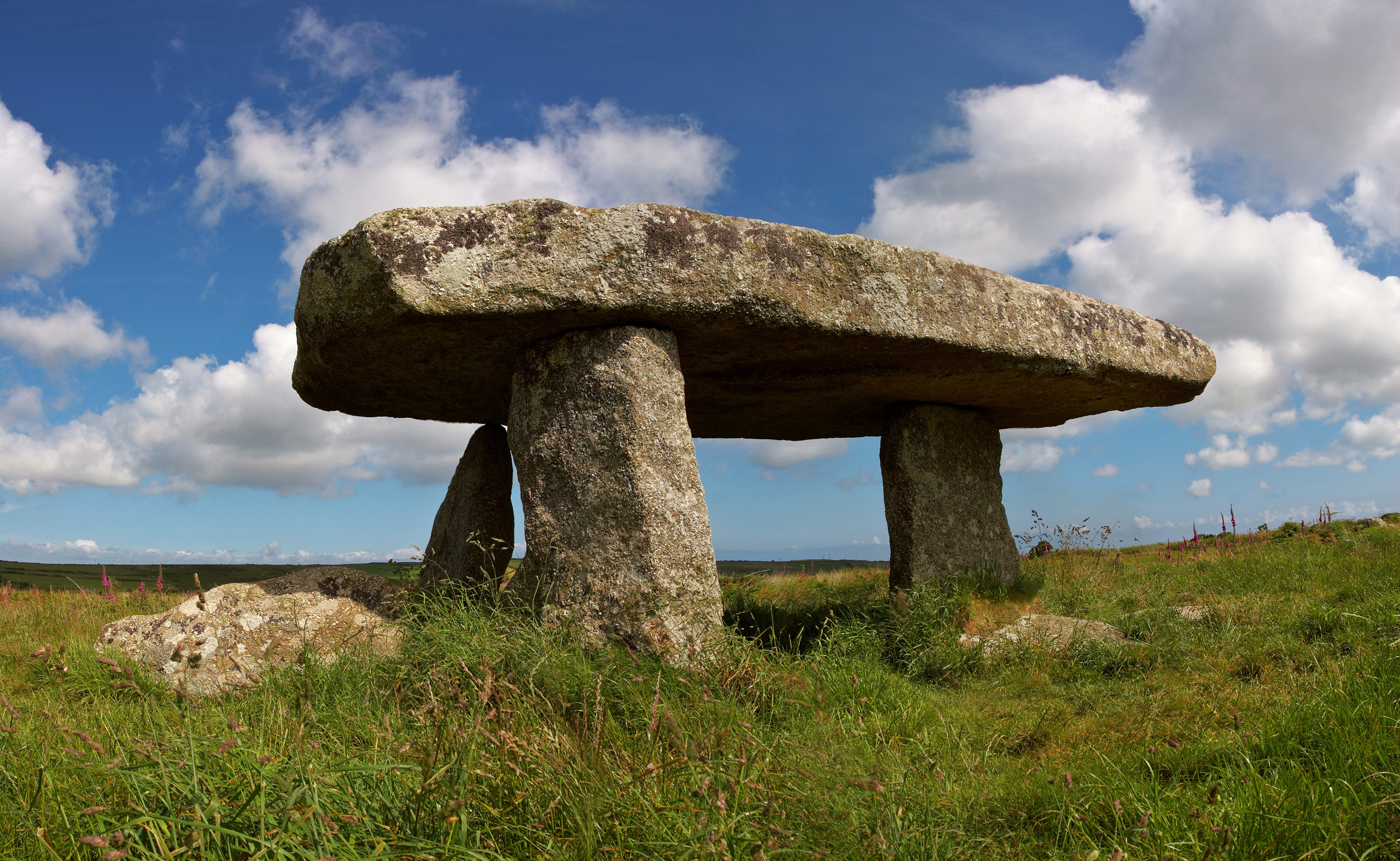 Lanyon Quoit is an imposing dolmen that dominates the open landscape in which it sits. Found on the moorland near Madron in Penwith, it is thought to originally have been a burial chamber and would have been covered with smaller stones and earth. The structure originally had four supports and stood taller than at present. But in a massive storm in 1815 one of the stone uprights snapped and the structure was re-erected on the remaining three supports.